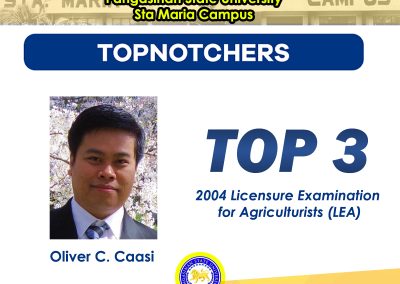 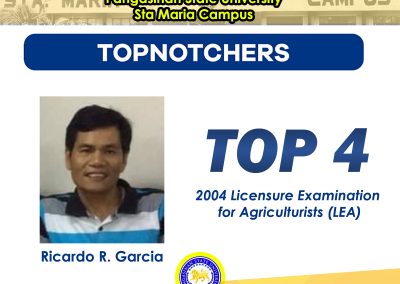 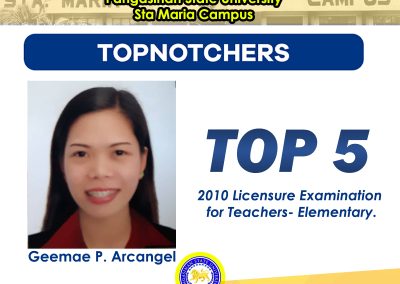 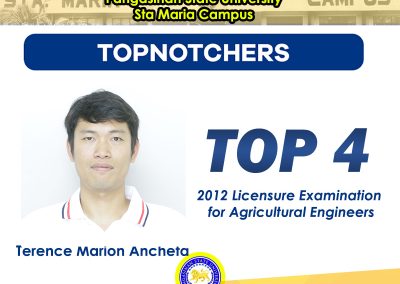 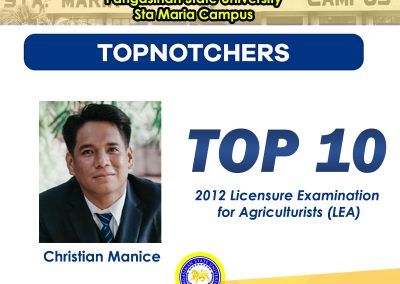 Truly, PSU-Sta. Maria hailed the university, crowning it with supremacy and glory by producing topnotchers from the different licensure examinations.
With its continued pursuit of excellence, the campus has produced four (4) topnotchers in the College of Agriculture. Three of them are from the BS Agriculture program, the flagship course of the campus.

In the 2004 Licensure Examination for Agriculturists (LEA), PSU-Sta. Maria produced two topnotchers who bagged third and fourth place. They are Dr. Oliver C. Caasi and Dr. Ricardo Garcia, who are currently part of the dynamic teaching force of the BS Agriculture Program on the same campus.

Subsequently, the College of Teacher Education also triumphed as Geemae P. Arcangel hit fifth place in the 2010 Licensure Examination for Teachers- Elementary.
This is a manifestation of PSU-SM genuinely living up to the promise of hailing our beloved PSU!

TALK TO US TODAY