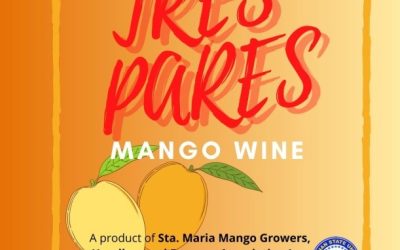 The Sta. Maria Mango Growers, Handlers, and Farmers Association Inc, is one of the beneficiaries of the Research4Extension Program of the PSU Sta. Maria Campus. The members of the association are mango growers who suffered heavy losses in their mango farms because of... 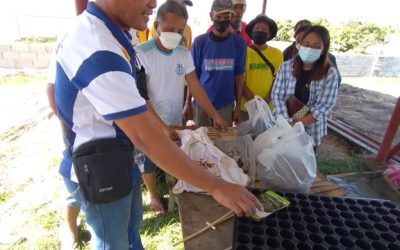 With the aim of escalating agriculture in the region, PSU- Sta. Maria (PSU-SM) Campus trained members of the Alitaya-Gueguesangen-Amansabina Irrigators Association Model Farm (AGAIAMF) on seed propagation of different vegetables on May 27, 2022, at NIA Region I,... 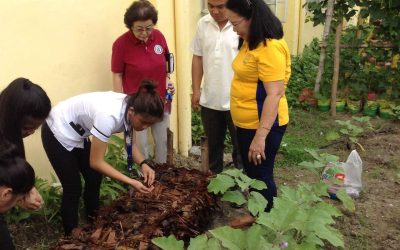 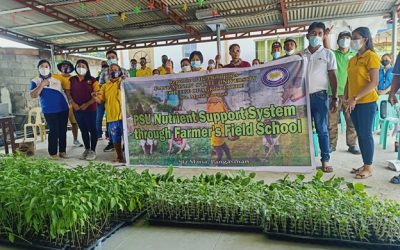 Nutrient management involves using crop nutrients as efficiently as possible to improve productivity while protecting the environment. The key principle behind nutrient management is balancing soil nutrient inputs with crop requirements. When applied in proper... 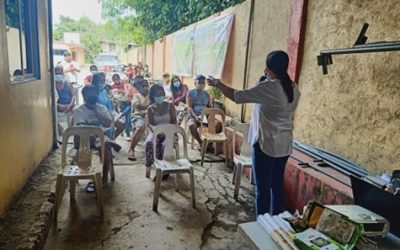 Given that we are currently in a difficult situation, it is critical that we understand how to live our lives, despite the fact that the majority of Filipinos, as well as the economy, have been affected by the COVID 19 pandemic. The majority of sectors were affected,... 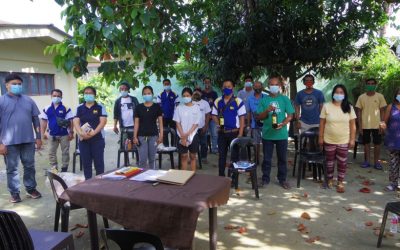 A national average of 12% rejects and wastes of mango production is realized annually (BAS, 2010). This level of losses is sometimes higher in Pangasinan as it experiences typhoons, strong winds, untimely harvest and pests and diseases. These are the common factors... 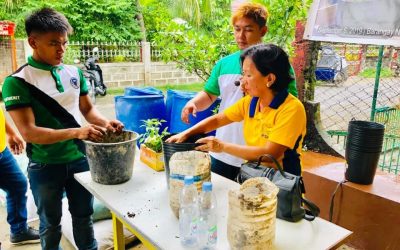 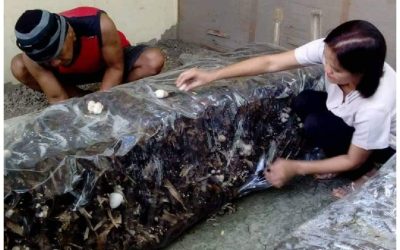 "Before anything else, preparation is the key to a successful mushroom production, " said Dr. Cesar Della,  head of the PSU-SM Mushroom Research and Development Center (PSU-MRDC), as he orients DepEd Urdaneta City personnel on mushroom bed making. He pondered that... 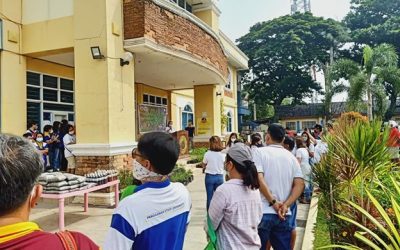 In line with the national thrust of combatting hunger amidst pandemic, Pangasinan State University-Sta. Maria Campus (PSU-SM), and in cooperation with LGU-Sta. Maria and DA RFO-1, launched its agricultural community pantry through the Programang Agrikultura: Kaagapay... 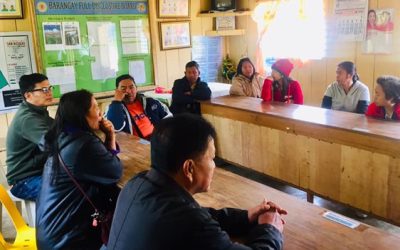 The Office of the Vice President for Research, Extension, and Innovation (OVPREI), headed by Dr. Paulo V. Cenas together with Dr. Honorio L. Cascolan (CED, PSU-SM), visited the farthest barangay of San Nicolas, Pangasinan to meet the different stakeholders in the... 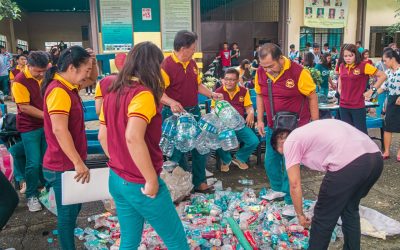 In celebration of the 40th Founding Anniversary of Pangasinan State University, a Trash to Cash Project was initiated by the Extension unit in cooperation with PSU Sta Maria Campus. Students, faculty and staff gather recyclable materials to donate for the trash to... 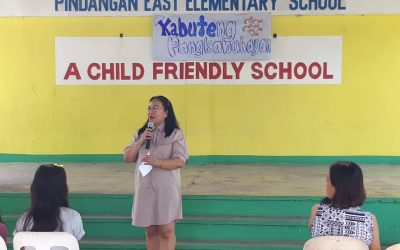 With the mission of improving the socio-economic status of the adopting community, the PSU-SM Mushroom Research and Development Center (PSU- MRDC) and the Bachelor of Elementary Education trained faculty members and community members at Pindangan East Elementary... 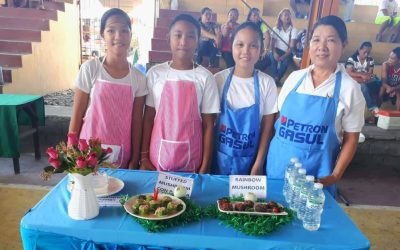 The Pangasinan State University- Sta. Maria (PSU-SM) Campus Mushroom Research and Development Center, headed by Dr. Cesar and Elisa Della, was tapped as LGU’s head committee on its 1st Mushroom Cook Festival. The activity aimed to unleash the cooking potential of the... 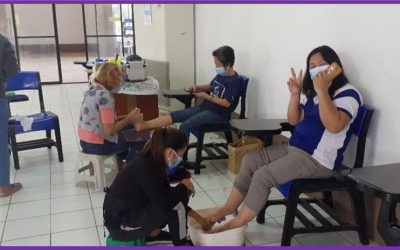 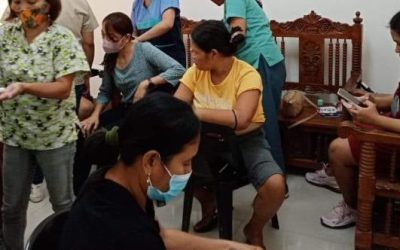 PSU SM held its annual Women’s month celebration by offering different wellness services to faculty and staff of PSU, Eastern Pangasinan Agricultural College and women of Namagbagan and Paitan. Free haircut, massage, foot spa, facial etc. were given to the... 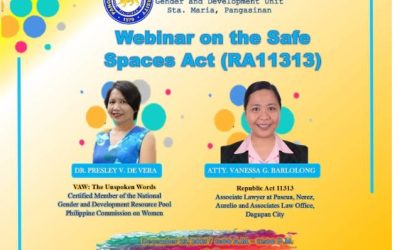 The Gender and Development Unit of the Pangasinan State University Sta. Maria Campus conducted a  webinar on the Safe Spaces Act (RA 11313) attended by Barangay Officials , BHW, husbands and wives, men and women of all barangays of LGU-Sta. Maria and students of... 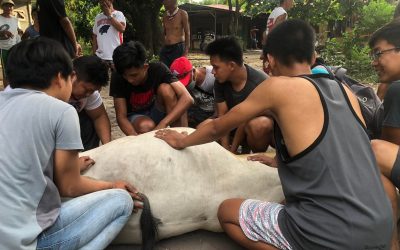 With the aim of providing authentic learning, Dr. Elmer C. Vingua, Campus Executive Director of PSU-SM and a senior faculty of BS Agriculture, led a hands-on-training on cattle castration at San Pedro, Rosales last April 20, 2022.   The said training intends to... 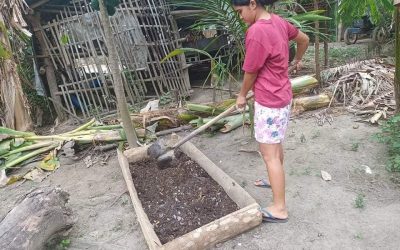 As part of the extension activity PSU Nutrient Support System through Farmer Field School, the students under the College of Agriculture helped in the the production of organic fertilizers and organic foliar that were distributed to the participants of the training.... 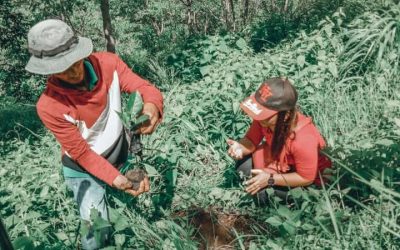 Continuing environmental concern activity in the different municipalities of 6th District of Pangasinan. On July 12, 2022 the BS Agriculture and Extension Services Unit steps in into the vast land of bachelor east, Natividad, Pangasinan to conduct its Regreening... 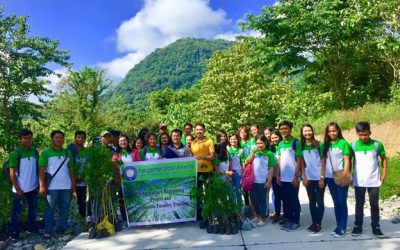 the BS Agriculture with the Extension Services Unit continuously conduct its Regreening project and Sustainable Forestry Training in response to the protection and development of the mountainous areas of 6th district of Pangasinan.  The said regreening and sustainable... 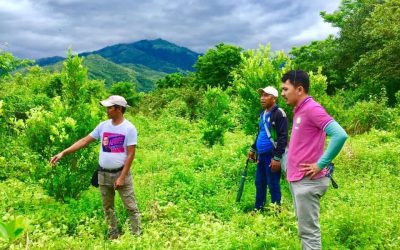 Native Pig and Calamansi Dispersal Project Monitoring under the Adopt-A-Watershed Program of PSU Sta Maria in partnership with LGU Natividad. These project aims to ease the poverty line in the rural areas by providing them initial kit to cultivate their resources. Dr.... 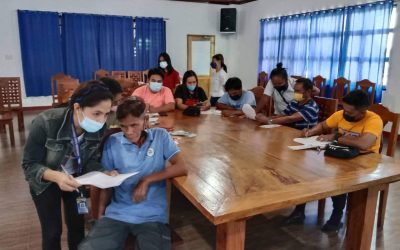 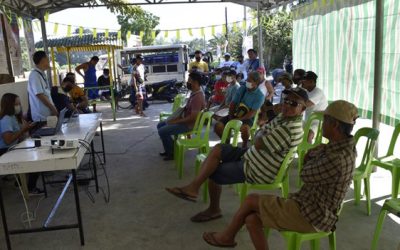 TALK TO US TODAY